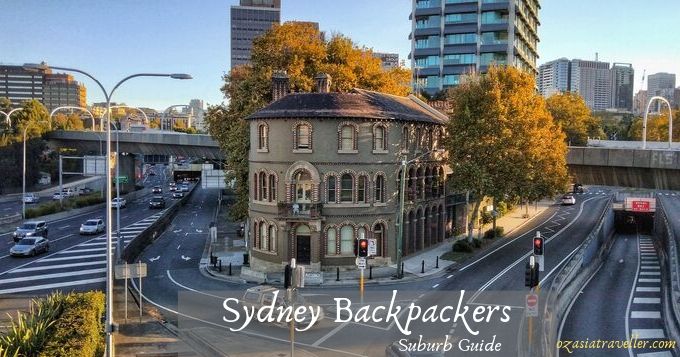 Hostels are a popular choice for budget-conscious backpackers and working holiday visa travellers to Sydney Australia.  Summers (from October to December) bring a large number of holidaymakers and backpackers from around the world looking for cheap backpacker hostels near the city Sydney is one of the most expensive cities to stay in, therefore, the choice of the right accommodation is the first step to maximize your holiday fun by cutting down on accommodation costs.

I have lived in Sydney for over 20 years and have prioritized suburbs based on easy access to transport, proximity to places of interest, nightlife and access to cheap food outlets. Here is a pick of some of the best locations to stay for budget-conscious travellers.

Looking for the best backpacker hotel in Sydney CBD?

Sydney's central station area is the main hub of tourist attractions and watering holes for backpackers. YHA Sydney Central is centrally located across from Central Station and ideally located to most places of interest. The Sydney Central Station connects all major train tracks in the City making this location easily accessible from all locations.

A number of backpackers hostels including Xbase hostels are located on Pitt Street which has easy access to cheap eat-outs in Korean, Thai and Chinese streets along Chinatown. With a strong presence of backpackers, there are a couple of popular clubs like Sidebar, Mr Bs and Club Exile etc. World Square is located in the same neighbourhood with a number of cafes, shopping, food court and grocery stores.

The most popular hostels in the downtown Central Station area are:

Both of these hostels are located within a walking distance of Pitt Street Mall as well as King Street Wharf which is popular for a number of nightclubs and bars.

Distance from CBD: 1.5 km from the CBD

Darlinghurst is the central suburb and easily accessible from CBD, Kings Cross and Oxford Street. Hyde Park is a 15-20 minutes walk. The locality has predominantly terrace houses and some very expensive residential apartment complexes. A recent spate of vertical development has transformed this neighbourhood into a more residential area. A number of strip clubs and bars have closed down giving room to trendy cafes and restaurants.

Benefits of Staying at King Cross

Victoria Street has a number of backpackers hotels that are easily accessible from Kings Cross Station. Mcleay Street, Bayswater Road and Darlinghurst road are more popular roads with a number of restaurants and bars.

King Cross is the party central of Sydney with a number of nice venues along Victoria Street and Bayswater Road. Kings Cross stays open till the late hours of the night. Oxford Street is within 1 km of Kings Cross and is easily accessibly on foot.

For proximity to the city, the rents are quite high and you are looking at A$500+ for a single bed, which will seem quite high if you do not have a full-time job or travelling on a Budget.

Oxford street is Gay and lesbian quarters in Sydney and the heart of nightlife caters to merrymakers all night long. You can find nice restaurants in adjoining Crown Street, Burke Street and Stanley Street. Oxford Street has lots of nice bars, nightclubs and restaurants that stay open till late.

The closure of nighttime venues in the King's Cross has pushed most of the venues closer to Oxford Street. Being central, Oxford street has easy access to Central Station, Chinatown, Hyde Park and Entertainment Quarters.

Most of the hostels in this neighbourhood are located along Elizebeth Street in Surry Hills which is very close to Central Station.

On the southern side of Oxford street is Surrey Hill with a number of nice restaurants including Billy Kwong,  Long Grain, Spice I am, Marque, Bang Bang. Towards north Crown Street follows Italian Quarters on Stanley Street and you can walk further down to trendy Woolloomooloo Wharf for high-end fine dining.

This area is very popular with the University of Sydney and UTS students. Glebe is famous for student housing and a large number of young people who want to live quite close to the city prefer these neighbourhoods. Depending on the type of accommodation you can find affordable shared houses to renovated and quite expensive apartment complexes. The recent property boom led to the transformation of commercial space into lofts and high-end apartments with prices exceeding half and million dollars.

Benefits of Staying in Glebe:

Glebe has a couple of backpackers’ hostels as well and Glebe Point Road is popular for a wide range of restaurants ranging from Middle Eastern to Indian and Thai food. Some of the restaurants are priced for students and offer good quality food for very affordable prices. Broadway Shopping Centre is located right next to Glebe and you can follow King Street to funky Newtown which is only 15 minutes walk from Glebe.

Backpacker hostels in Redfern - Very close to the city centre

Redfern has seen tremendous transformation in the last couple of years where the old run-down buildings and office blocks are replaced with trendy apartment complexes, coffee shops and restaurants. Redfern is nestled between Waterloo and the city centre and is the meeting point for Sydney University students and singles seeking affordable accommodation near the city centre.

With such an interesting mix, Redfern is an ideal location for a couple of hostels along Cleaveland street, including: 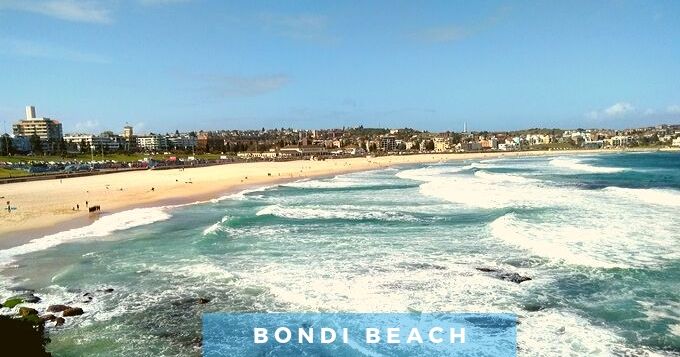 Bondi caters to a large number of young single population living in shared accommodation. The rents have gone up substantially in the last couple of years and price-conscious people have moved out to suburbs in the south of Sydney like Cronulla and Miranda. A direct train connection to Bondi Junction enables people to get to Bondi from Cronulla in half an hour. Cronulla offers a similar beachside lifestyle with new development along the beach. Apartments are relatively cheap.

Why Stay at Bondi Beach Area?

In Bondi, you will find plenty of backpacker hostels and ads up for shared accommodation. Bondi is quite popular with young British, Irish and European backpackers. Lately, there is an increase in South American tourists staying in the eastern suburbs.

Access to beautiful beaches along the Eastern Sydney Coastline

Bronte and Clovelly are nestled between two popular Bondi and Coogee beaches. The average cab ride from Coogee to Bondi is 12 dollars. The bus service is pretty effective and popular with tourists.

The nearest train station is Bondi Junction and people commute on other forms of public transport to move around. Bronte is popular with young single couples as there is quite a mix of apartment complexes and houses.

Transportation is the main issue and during rush hours getting to the city can be quite challenging as main arterial roads are choked with traffic.  Bondi Junction is quite popular as this is a hub for trains and buses and you can easily move around.

Proximity to the Shopping Mall and trendy suburbs of Sydney

There is a huge Westfield at Bondi Junction catering to a rich population of Double Bay, Bellevue Hills and Eastern Suburbs. You can find a large number of designer shops and trendy stores catering to the young and hype crowd living in and around Bondi Junction.

Randwick and Kingsford (4km from the city)

Randwick caters to the UNSW student population and you can find plenty of apartment complexes. The cost is reasonable compared to apartments in the city. Coogee beach is an easily accessible and very popular destination in the summers.

Anzac Parade and Main streets in Randwick including Avoca Street are lined with a variety of restaurants ranging from Indonesian, Japanese, Malay and Mexican.  Randwick has a large British, Irish and European population. Coogee Bay Hotel and Coogee Pavilion stay busy till late over the weekends.

The problem with living in this area is that there is no train station and later in the night you will have to catch a taxi as buses do not run very late at night. A new tramline with open in late 2019 providing easy access to Kingsford and Randwick.

Planning a trip to Sydney?

Packed your bags for a trip to the Land Downunder?

Sydney Best things do to around Sydney