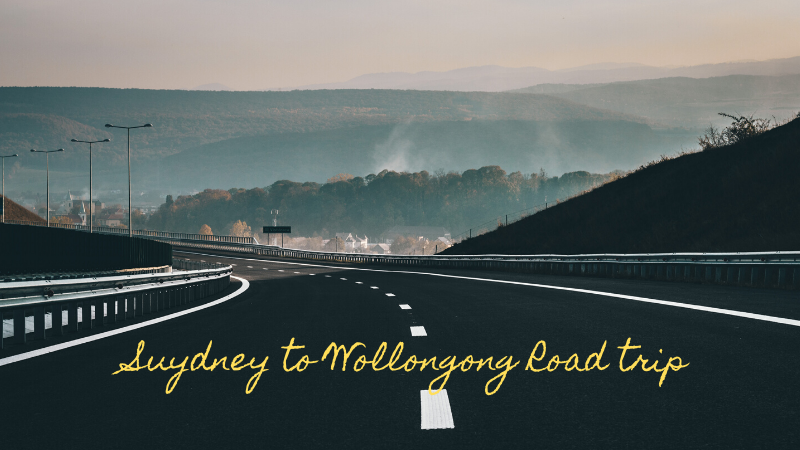 Wollongong is a very popular destination some 80 km from the city. You can drive or catch a train that takes around an hour and cost approx $16 on city rail to get there. The train runs from central station at country link platform. Wollongong is located on South Coastline, passing through Hurstville, Shire District and some of the most scenic spots like Helensburgh, Stinson Beach, Thirroul.

Driving from Sydney to Wollongong

If you plan your trip ahead of time you can stop by at any of these stations to explore small beachside towns. The location is very popular for Sydney siders, particularly in summers. You can drive either on Princess Highway ( which is quicker ) or Old Princess Hwy (cuts through National Forest and passes through Helensburgh. Helensburgh is popular for sky-diving and over the weekends you will see hordes of bikies riding their machines in groups. 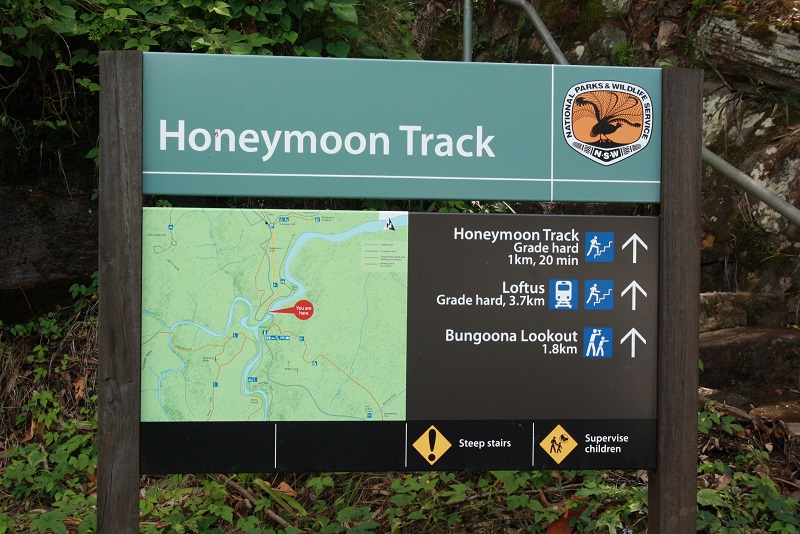 Some walking tracks inside the National Park

Old Princes Highway is a scenic route that takes you along the National Forest. The entry fee to the National Park is $10 payable at the entry point past Sutherland. There is a boating facility in a reservoir before Helensburgh. This area is a popular picnic spot over the weekends. Bundeena is another interesting location to visit which is also accessible from Cronulla by Ferry. The drive is pretty interesting, however, keep an eye on the occasional wildlife crossing the road especially at night time.

Helensburgh is a popular skydiving spot and you can enjoy hanging gliding on a clear day. The lookout at Helensburgh commands great views of ocean drive and Illawarra Region. Helensburgh also has a Koala Sanctuary and a Hindu Temple located driving distance from the lookout. 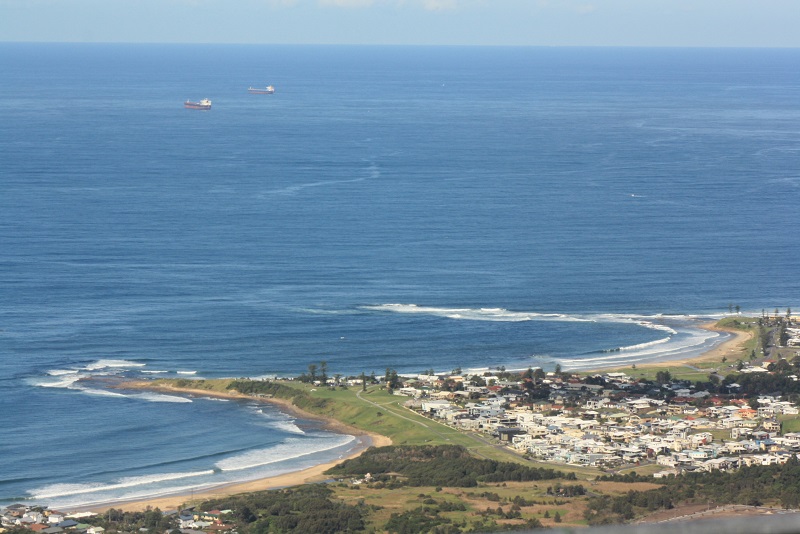 Wollongong is famous for beautiful beaches and a relaxed atmosphere. You can drive another 10 min out of town to Nan Tien Buddhist Temple for a peaceful and quiet day. If you are keen on trekking and bushwalking look for some trails through mount Kiera all the way to Macquarie Pass. The road from Macquarie pass lead to Hume Hwy going towards Canberra and Melbourne. 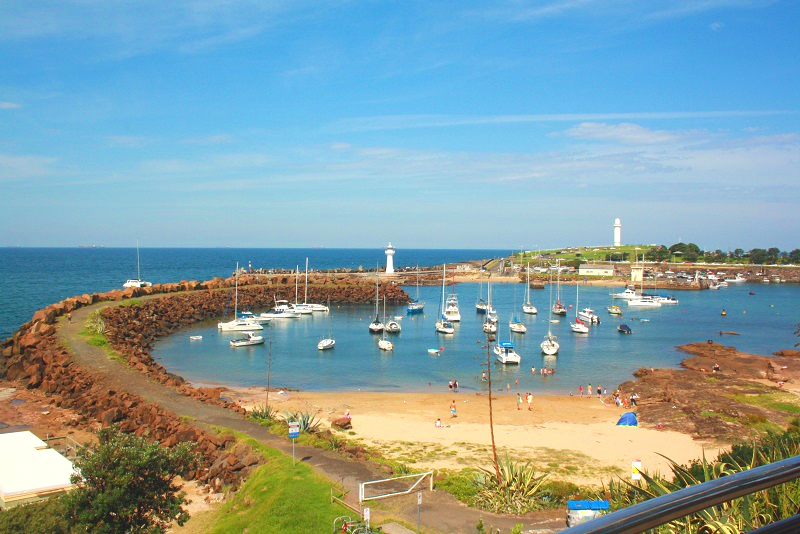 Wollongong is lined with beaches on almost all the suburbs in the neighbourhood including Fairy Meadows, Towradgi, North Wollongong. Historically an industrial city, Wollongong attracted workers for BHP factory near Port Kembla. The city has seen economic up and downs with the migration of people in and out of the city through the years. The University of Wollongong attracts around 15000 students, the majority of whom are international students that add activity and culture of the city.

Wollongong has rock pools along the beach which attracts swimmers from early hours of the day. These rock pools fill up with ocean water during high tides. Wollongong beach has a number of nice cafes and snack bars serving chilled drinks throughout the day. 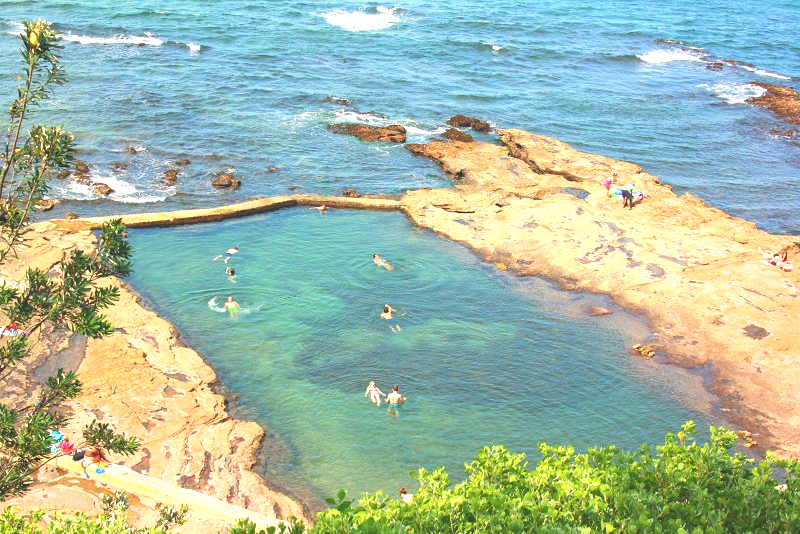 The area south of Wollongong is called Illawarra region popular for lakes, rolling hills and old historical towns. A day-long road trip can take you down to pristine beaches of Jervis Bay while stopping at the historic town of Berry for hot pies. Nan Tien is a famous Buddhist temple located at the outskirts of Wollongong City and is a popular attraction for tourists. The temple is visible from Princess Highway connecting Wollongong with Kiama. 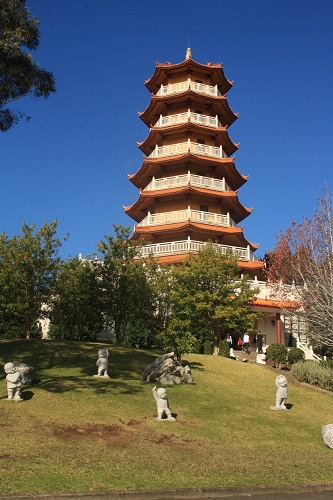 Driving past Wollongong along South Coast you enter the Shoalhaven region which has beautiful beach areas and waterways. Macquarie Pass divides the Coastal Towns of Oak Flats and Kangaroo Valley from Southern Highlands. For more adventures explorer Mittagong is an interesting area to explore you can drive north near Oak Flats through Macquarie Pass to join Hume Highway heading westbound towards Melbourne.

Jamberoo is a popular waterpark in Kangaroo Valley and attracts large crowds in summers. Enjoy a full day of water rides, bobsleigh, wave generators and lots more. The entry fee is around $30 for a day. 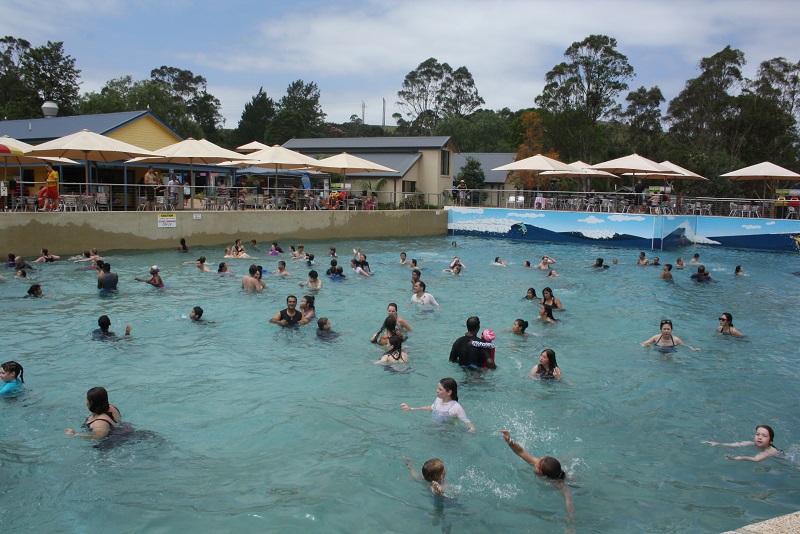 Interesting places to visit in this region include: